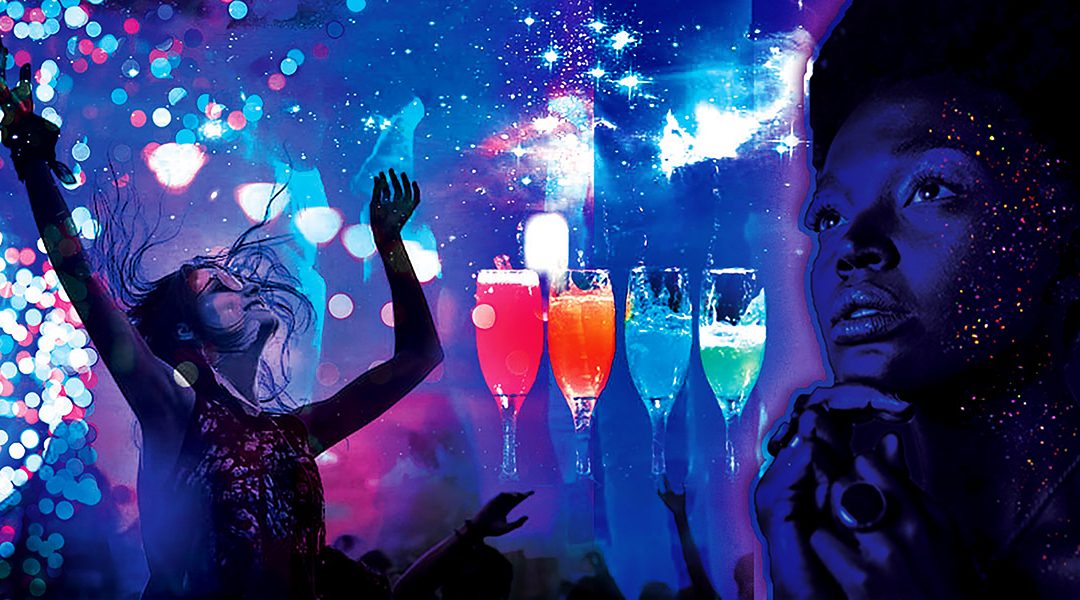 On the opening night of Nox, my new ultra-exclusive pop-up night club, all the stars went out.

It was just for a moment, enough time to drive my chariot across the London sky, painting the word NOX in stardust behind me. Mortals below gasped and stared, pointing at the sky and wondering what the message could mean. But I did not let it linger. Just after the word formed, I snapped my fingers and the stars burst back into view. Quick enough that more than a few humans looked at each other and denied what they had seen, but the seed was planted in the back of their minds. If they were lucky enough to have Hermes deliver them an invitation, they reveled in their privilege to understand the meaning. Gripping the translucent invite in their hands or checking their pocket to make sure it was secure, the chosen few could think of nothing else but attending the opening party. After all, those invitations had been dusted by stars and forged by my fates—for a mortal, one touch felt like destiny fulfilled.

Nox was to feel the same, other worldly, an experience unlike other clubs. When you walked through the starlit entrance, you were still under the night sky—but the night was brought in close, caressing the outdoor space, so it felt like one’s own private galaxy. Stardust sprinkled down, bathing guests in its shimmer. I wanted no bars or lines for drinks. Instead, trays of glowing concoctions circulated through the crowd for the taking. These mixes of alcohol and ecstasy would bring instant euphoria to a mortal and yet, thanks to a touch of Selene’s moonlight, leave no hangover, just a vague memory of an enchanting night.

Yes, the mortals would be easily spellbound by the magical touches they couldn’t quite grasp. The only wild card was Zeus’ offspring. They could be unpredictable with their partner swapping and infighting, and while I normally find this rather entertaining, at times their scuffles have decimated the surrounding area. I was sure this would happen eventually, which is part of the reason I designed my club to be mobile when it suited, but I did plan on staying in London until I had worked out the kinks of club owning. Or worked some kink into my club.